On May 8, 2022, Coca-Cola celebrated its 136th birthday since its invention by Dr. John Pemberton. More than a century after it was first introduced to the public, Coco-Cola is regarded as the largest and most famous beverage company in the world.

At present, it can be found in more than 200 countries, employs over 700 000 individuals and more than 1.9 billion servings consumed each day. As of the first half of 2022, Coca-Cola’s net worth was estimated to exceed $250 billion dollars.

Even more impressive is the fact that Coca-Cola’s recipe has remained a trade secret since it was invented in 1886. The pertinent question here is why Coco-Cola chose to protect its recipe as a trade secret. To answer this question, let us dive into what trade secrets are and its benefits for companies.

In layman’s terms, trade secrets can be defined as a practice where a company keeps their core processes, techniques and/or methods as confidential information rather than protecting it using other forms of intellectual property (IP) such as patents.

These steps may include the use of non-disclosure agreements, non-compete agreements or confidential agreements.

There are different forms of trade secret, and they include a recipe (just like coco cola), formula, design, codes, programs, prototypes, plans, patterns, processes, procedures, methods and/or techniques.

When utilized robustly, trade secrets can give a company a competitive advantage over its competitors.

Other benefits of a trade secret include:

Unlike the United States of America, South Africa has no specific legislation that governs trade secrets. In the USA, trade secrets are defined and governed by the Economic Espionage Act of 1996. In South Africa, companies protect their trade secrets by including a clause/s on confidential information in contractual agreements with other parties.

Such clauses are drafted in a manner to ensure that trade secrets are protected long after the contract ends or is terminated. It is unethical and illegal to breach the trade secret of a company and legal actions could be brought against perpetrators.

To answer the question in the first paragraph, Coca-Cola chose to protect their recipe as a trade secret instead of other forms of intellectual property because their recipe gives them a significant competitive advantage over their competitors like Pepsi.

Other forms of IP such as patents requires that the confidential information must be disclosed in its entirety to enable a person skilled in the art to arrive at the same conclusion/product using the recipe, method, or technique. In addition, other forms of intellectual property may not grant the IP owner perpetual protection and monopoly.

For example, the lifespan of a patent is 20 years without the possibility of an extension. After 20 years, any interested party is allowed to utilize the patent to their own advantage.

For as long as a trade secret remains confidential, it can exist perpetually and provides a lifetime advantage to the company, group or individuals that owns it. This is the reason Coca-Cola has its recipe locked in a bank vault for more than 86 years! 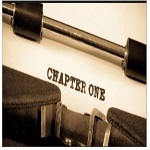 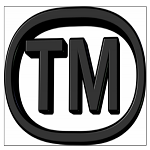